The 11th National Conference on Fictitious Economy and Cheng Siwei Global Award Presentation Ceremony took place in Beijing on Saturday, with many well-known experts, scholars, entrepreneurs and students from the fields of fictitious economy, capital market and finance attending the meeting offline and online. 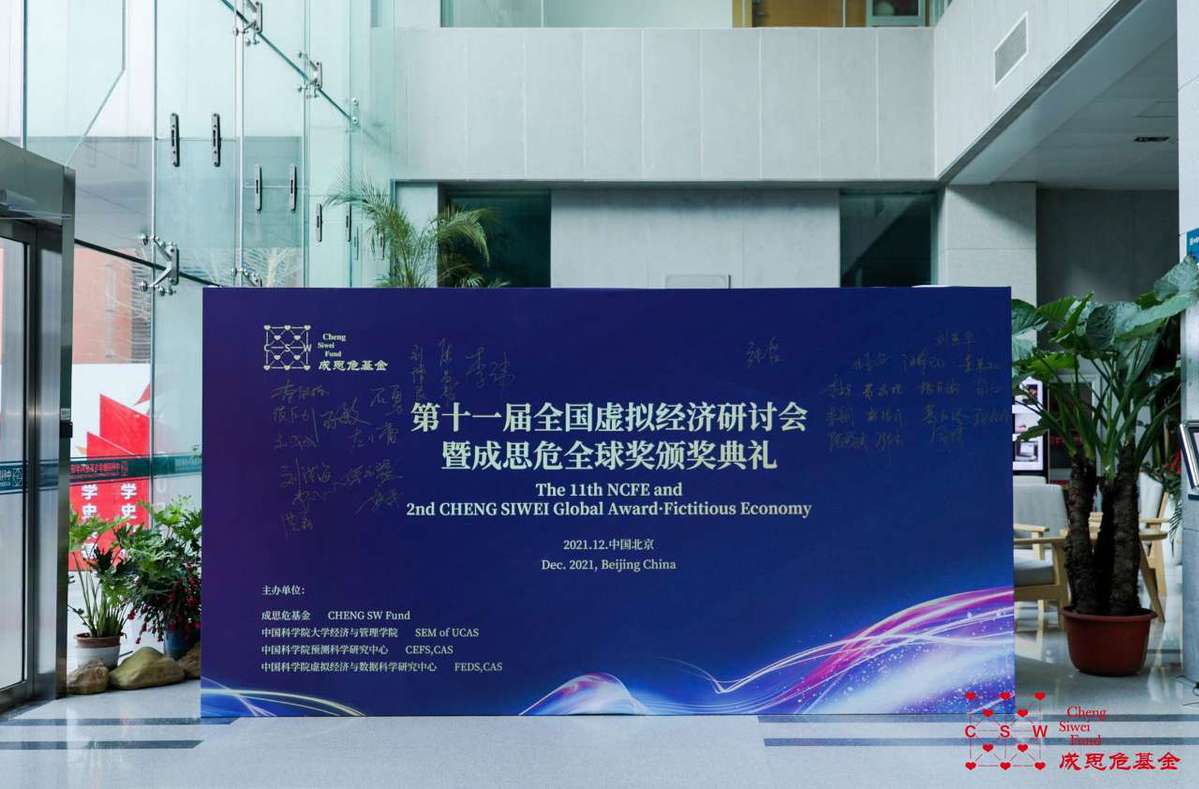 This year's Cheng Siwei Global Award was presented to excellent research achievements in the field of fictitious economy, and encourages domestic and foreign scholars to further study the relevant theories, so as to promote China's financial practice, said Chen Changzhi, chairman of the Global Award Committee of Cheng Siwei.

The domestic award was presented to the personal credit rating system of the People's Bank of China developed by Professor Shi Yong, counselor of the State Council and director of the Fictitious Economy and Data Science Research Center of the Chinese Academy of Sciences.