The 2021 World Manufacturing Convention kicks off on Friday in Hefei, Anhui province, drawing numerous global participants and adding a boost to the province's ambitions to become a regional hub for smart manufacturing among domestic and global players. 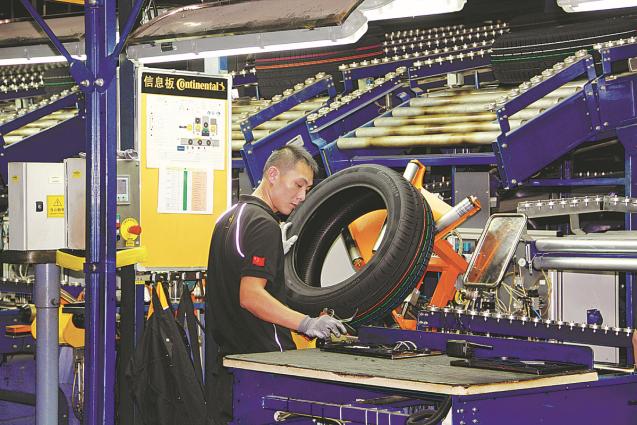 The four-day event, which also aims to deepen manufacturing ties between Anhui and the outside world through digital empowerment, is being held both online and offline.

During the past three sessions of the annual WMC, a total of 1,752 projects have been signed in Anhui involving total investment of 1.8 trillion yuan ($281.5 billion), and 1,518 projects have started construction.

Manufacturing is the foundation of the nation's economy. According to the National Bureau of Statistics, the added value of China's manufacturing industry surpassed that of the United States in 2010, making China the largest manufacturing country.

The Anhui Provincial Department of Economy and Information Technology said the province was counted among China's top 10 manufacturing provinces for the first time after recording manufacturing added value of more than 1 trillion yuan in 2020.

Anhui's Party Secretary Zheng Shanjie said it is necessary for the province to pay closer attention to industrial innovation to keep up with emerging industries and core technologies.

Anhui Governor Wang Qingxian said technological innovation is an outstanding advantage in Anhui's development, and the province should vigorously attract investment and talent.

Established in 1999, the company has seen its core intelligent speech technology rank among the best in the world.

Home to seven national laboratories for science and technology, Hefei is playing an essential role in scientific research in China, said Ammar Hawbani, an associate professor at the University of Science and Technology of China.

The WMC is a world-leading platform for industrial communities to share achievements in many advanced fields, he said.