Leading Chinese telecom operators are seeking to protect their lawful rights by requesting the New York Stock Exchange to review the bourse's decision to delist them. 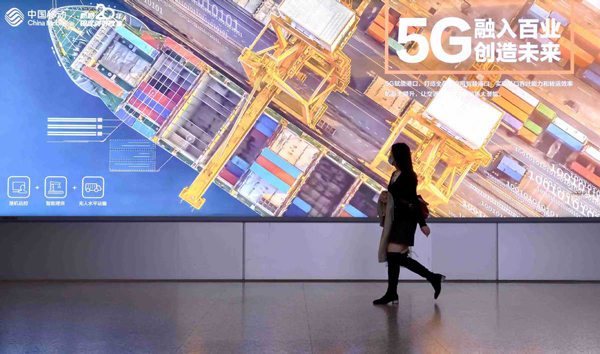 China Mobile, China Unicom and China Telecom said in separate statements on Thursday that they have requested the NYSE's Committee of the Board of Directors to review the decision to delist them. Their written requests were filed with the committee on Wednesday (US Eastern Standard Time).

According to the NYSE Listed Company Manual, the review will be scheduled at least 25 business days from the date the request for review is filed, China Mobile said.

China Mobile also cautioned investors that there is no assurance that its review request and stay request will be successful.

Foreign Ministry spokeswoman Hua Chunying said on Thursday that the three Chinese telecom carriers have issued ADRs and have been listed on the NYSE for around 20 years. They have always abided by the rules and regulatory requirements of the United States securities market and are recognized by global investors, Hua said.

Xiang Ligang, director-general of the Information Consumption Alliance, a telecom industry association, said no matter whether the requests will be successful or not, the three Chinese telecom operators have to make the efforts to defend their legal rights and interests.

China Mobile, China Unicom and China Telecom have been listed on the NYSE since 1997, 2000 and 2002, respectively.

Their moves came after the NYSE made two reversals within a week earlier this month over its decision to delist the three Chinese telecom companies.

The NYSE originally announced on Dec 31 that it would delist China Mobile Ltd, China Telecom Corp Ltd and China Unicom (Hong Kong) Ltd to follow a US government order. Later, after consulting with relevant regulators, it decided instead to keep them listed.

But another reversal came shortly after the first U-turn. The NYSE said in its latest statement earlier this month that it would move forward with the delisting, which was based on new specific guidance received from relevant regulators.

Xiang said the delistings will not have a big impact on the three companies' operations and development, given that they have large user bases, stable operations, and significant influence on the global telecommunications industry. But it is worth a fight to safeguard their legal rights and interests.