China announced new guidelines on Monday that aim to create a collaborative innovation system for the national integrated big data centers as part of its ongoing efforts to accelerate its "new infrastructure" plan and revive the economy, the country's top economic regulator said. 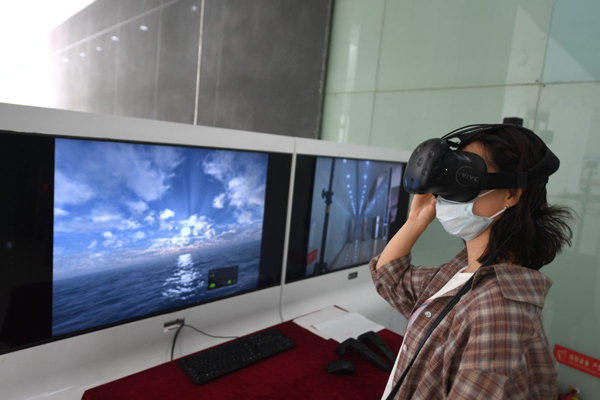 Experts said the guidelines, released by the National Development and Reform Commission and three other central departments, are in line with the national strategy of promoting high-quality development of the digital economy and provide further impetus to growth.

Under the plan, China will form an integrated infrastructure pattern with well-distributed and green data centers by 2025. Data centers in eastern and western regions will achieve a structural balance, while large and super large data centers will achieve power usage efficiency values of below 1.3.

By then, the barriers to government and business-to-government data sharing will be further broken down.

A number of key industry-wide and citywide data centers will be established along with a steady improvement in the country's data security capabilities.

According to the plan, national hubs will be set up for the big data centers in key areas such as the Beijing-Tianjin-Hebei region, the Yangtze River Delta region, the Guangdong-Hong Kong-Macao Greater Bay Area and the Chengdu-Chongqing city cluster.

"With the blossoming of new information technologies such as 5G and artificial intelligence, data have become a national basic strategic resource and a core social production factor," said Ni Guangnan, an academician at the Chinese Academy of Engineering. "Big data will not only promote the development of the digital economy, but also foster high-quality development and benefit people's lives."

More efforts should be made to promote the integration between big data and cloud computing, boost in-depth integration between enterprises, universities and research institutions, encourage more application of big data, accelerate the development of new infrastructure and improve laws and regulations related to data security, Ni told a big data summit in Beijing last week as part of a series of activities for the 2020 China International Big Data Industry Expo.

Chinese internet giant Tencent said it was betting big on the country's database market, thanks to the growing demand for big data in the country.

Li Gang, vice-president of Tencent Cloud, said the company will continue to increase investment in the database market and work with partners to help more enterprises embrace the digital transformation.

With more than 20 products, Tencent database serves 1,000 government customers and over 2,000 financial customers. It also supports several government projects such as the digital Guangdong project.