Competition in China's high-end smartphone market is set to intensify with the arrival of the 5G-enabled iPhone 12 from Apple Inc, as domestic companies may unveil more feature-packed models to attract consumers, experts said. 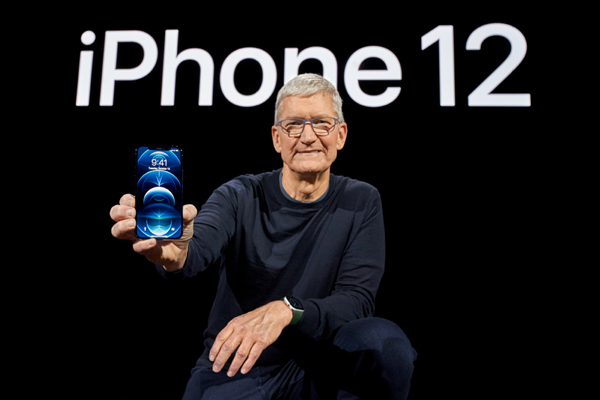 Though the US tech giant has been a relatively late entrant in the 5G-enabled phone market, some tech-savvy Chinese consumers may upgrade to the new iPhones, which enable data flow at faster speeds and offer smoother experiences to gaming enthusiasts and those watching streaming videos, they said.

According to Wang, some existing Apple users may upgrade to the new iPhone 12 series, which has prices ranging from $699 to $1,099. IDC estimates that about 240 million 5G-enabled smartphones would be shipped this year, with the Chinese market alone accounting for more than 160 million units, or 67.7 percent of the total.

C.K. Lu, a senior research director with market consulting firm Gartner, however, said that the iPhone, a latecomer to the 5G technology, still does not pack enough punch to attract Android users. Lu said 5G connectivity has already become the standard configuration for several Chinese mobile phone makers, and said Apple's launch comes after companies like Huawei, Samsung, Oppo, Vivo and Xiaomi rolled out their handsets.

Data from the China Academy of Information and Communications Technology, a government think tank, showed that China's mobile phone shipments stood at 23.33 million units in September, down 35.6 percent on a yearly basis.

The shipment of 5G mobile phones in China amounted to 108 million units during the first nine months of this year, accounting for 47.7 percent of the country's overall smartphone shipments. In addition, a total of 359 models were introduced in the market from January to September, of which 167 were 5G models.

Nicole Peng, vice-president of mobility at market research company Canalys, said the iPhone 12 will trigger a new wave of phone replacements for Apple in China before the end of the year and in the first quarter of next year.

Canalys expects 50 percent of the Chinese phone owners to be using a 5G device by the end of this year, as telecom carriers and phone brands have made tremendous efforts to push the adoption.

"It is expected that by 2021, nearly 60 percent of the 5G smartphones in China will be cheaper than $400, while 5G penetration in China will reach 83 percent in the next 12 months," said Jin Shengtao, an analyst at Canalys.

The Chinese vendor shipped 55.8 million devices worldwide, accounting for 20 percent of the market share in the second quarter, while Apple shipped 37.6 million iPhones between April and June, which placed the company in third position with a 13.5 percent market share.