Huami Corp, the US-listed maker of smart wearables, has unveiled its latest smart watches as it works hard to attract consumers with cutting-edge devices. 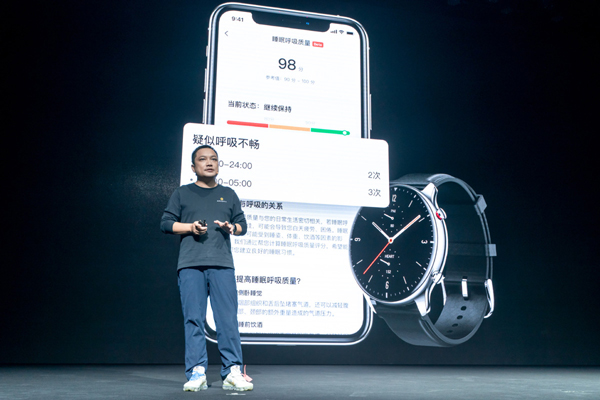 The Huami Amazfit GTR 2 is equipped with a 14-day battery. It also comes with new health-related features like blood oxygen detection, and can also monitor sleep patterns.

The Amazfit GTR 2 also has the latest BioTracker 2 PPG optical sensor that enables it to check blood oxygen saturation levels alongside mapping the user's heart rate.

Huami said the saturation measurements can reach up to 96 percent, which is almost the same as a professional oximeter used specifically for the task. The company has also developed a new sleep engine that can run with the blood oxygen detection feature to map the breathing cycles of the user during sleep.

Huang Wang, founder and CEO of Huami, said the company has recorded a strong performance in the first half of 2020. According to reports from market research company International Data Corp, the global shipments of the company's Amazfit-brand watches increased 48 percent year-on-year in the time frame to 1.74 million units, ranking fifth in the world.