Oppo on Thursday unveiled the latest update of its operating system ColorOS, which was developed on the basis of Google's Android operating system, as the Chinese tech company strengthens its push to offer a better software experience in the internet of things era. 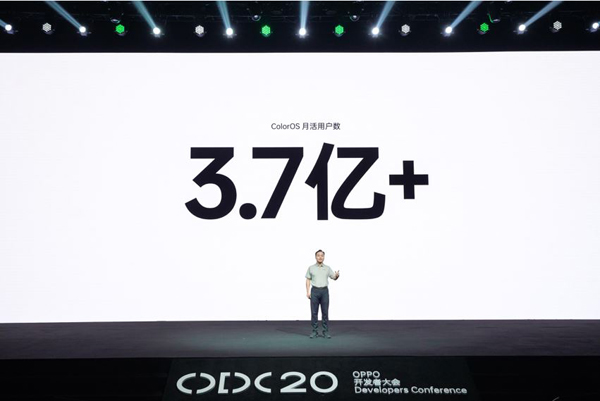 At the same time, the company, well-known for its smartphone products, also announced on its Oppo Developer Conference that it will launch its first smart TV product in October, as it is ramping up resources to build a vibrant IoT ecosystem.

Wu Henggang, vice-president of Oppo, said as of July 2020, monthly ColorOS active users have exceeded 370 million, thanks to its globalization strategy and its growing number of partners.

With ColorOS 11, Oppo has not just included Google's optimizations and improvements of its Android 11, but also has gone all-in on customization and personalization to deliver a better user experience. For instance, it has offered a string of new features, such as a new personalization page that features controls for customizing many elements of a phone's look and feel.

Oppo said in the IoT era, the company aims to be a tech company that has strong capabilities in hardware, software and services, and it is dedicated to building a new ecology for IoT with a win-win mindset.

The company announced that it will devote resources worth 200 million yuan ($29.32 million) to strengthening cooperation with third-party companies, such as home appliances maker Midea, to build a vibrant IoT ecosystem.

Oppo said it has already partnered with more than 30 brands in IoT, with cooperation in more than 50 types of products.