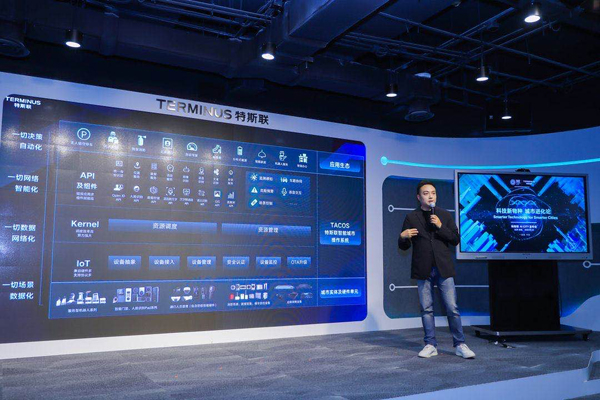 The Cloud Valley in Chongqing provides records in sectors including the most complete 5G urban smart ecology, the first robot-friendly park, the largest walk-in roof garden, perfect integration of technology and art in cyberspace, carbon-neutral and low-energy-consuming communities.

"We believe that the best AI City project in the world will be in China," said Ai Yu, founder and CEO of the artificial intelligence and Internet of Things startup, at the launch ceremony.

"Because we think China has the best soil to build an AI city with technology, government investment in technology, a very open market environment, the world's leading closed-loop supply chain and the Chinese speed. We can use every single day as a node to promote and evaluate the city construction," Ai added.

Typically, a city's infrastructure is built from top to bottom, with a big blueprint first and then construction based on it, said Jonathan Woetzel, a McKinsey & Company senior partner and director of the McKinsey Global Institute.

"Smart infrastructure is the other way around," said Woetzel. It is based on needs and choices of the residents.

Terminus was named Expo 2020 Dubai's Premier Partner in July, and will deploy more than 150 programmable robots for the event.

The company also announced plans to establish its first overseas headquarter and R&D center in Dubai, located in District 2020, a venue that the expo area will be transformed into soon after the event is finished.

Founded in 2015, Beijing-based Terminus was listed in 2020 Hurun Global Unicorn List with a evaluation of 10 billion yuan.

As of April 2020, it had obtained 883 authorized patents, including 559 patents for invention, the company said on its website.