Huawei to use HarmonyOS in its smartphones next year

Huawei Technologies Co said on Thursday that its in-house operating system HarmonyOS will be used in Huawei's smartphones next year, marking an important breakthrough in its efforts to build its own software ecosystem for the internet of things era despite the mounting US government restrictions. 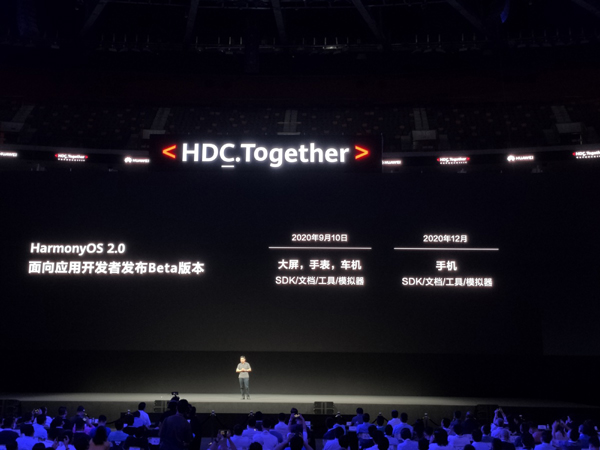 Yu said the company will unveil the beta version of HarmonyOS for smartphones for Chinese mobile app developers at the end of 2020, and next year, Huawei' smartphones will be powered by HarmonyOS.

HarmonyOS was unveiled a year ago, after Washington restricted Huawei from using Google's Android operating system, Google Mobile Service and the Google Play app store on its mobile devices in last May.

HarmonyOS was initially used in Huawei's smart TV products. With the upgrade of the system, HarmonyOS will be used in smart watches, personal computers and other IoT devices later, Huawei said.

To cope with the US government restrictions, Huawei has come up with its own app store Huawei AppGallery. The company has also been working hard to build the ecosystem for Huawei Mobile Services, better known as HMS, which is the foundation for its ability to sell smart devices in overseas markets.

Yu said Huawei's HMS already boasts more than 96,000 mobile apps. The number of developers in the Huawei AppGallery now stands at over 1.8 million.