The 2020 World Internet of Things Exposition (WIOT) opened in the host city of Wuxi, East China's Jiangsu province, on World IoT Day, Aug 7, and is due to last until October. 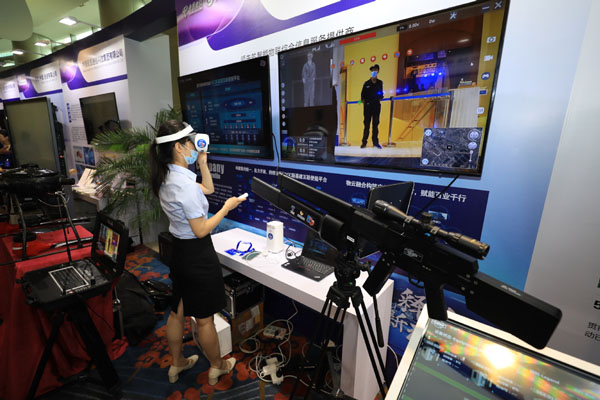 The expo's launch event, Conference on IoT and 5G Integrated Innovation and Development, unveiled this year's theme of "empowering the world with IoT, engaging the future of 5G".

Over the next three months, a series of events focusing on IoT and 5G technologies will be held, including various forums, online and offline exhibitions, and an innovation and entrepreneurship competition.

Leading figures in business and academic circles were invited to give keynote speeches during the conference. They explored how IoT and 5G integrate with each other and help boost the development of other industries.

Among them, Luc Van Den Hove, president of the Interuniversity Microelectronics Centre (IMEC), and Rob Van Kranenburg, founder of the European IoT Council, hailed China's progress in developing the technologies and expressed wishes to cooperate with local enterprises via videos.

The conference also saw the launch of the IoT Innovation and Entrepreneurship Competition, the 2019-2020 Annual Report on the Development of IoT in China, and the 5G-empowered platform developed by Chinese telecommunication giants.

Dubbed as an "IoT city", Wuxi has hosted the annual WIOT since 2016. The exposition – China's top IoT event – will help enterprises seek international business opportunities with a display of their latest technologies and applications, as well as provide insights into the future trends of related industries through discussions between leaders in the field.

Last year's four-day expo attracted a record high of 195,710 visitors, and 542 companies from 30 countries and regions, including 37 Fortune 500 companies. Nearly one-third of those who exhibited products reached cooperation agreements with visitors during the expo.