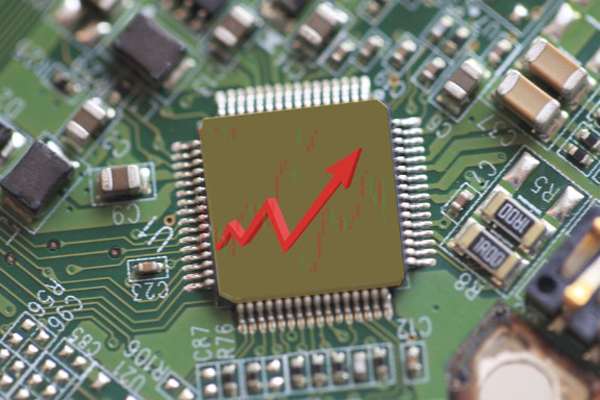 The comments came after Cambricon Technologies, a Beijing-based artificial intelligence chipmaker, rose by 230 percent on the first day of its trading in Shanghai on Monday. The surge came less than a week after Semiconductor Manufacturing International Corp, the biggest maker of integrated circuits on the Chinese mainland, debuted on the STAR Market on Thursday with gains of over 202 percent.

Founded in 2016, Cambricon is one of the most valuable AI chip start-ups in China. Cambricon's AI chip intellectual property products have powered smartphones and data server chips, including those made by Huawei Technologies Co and Alibaba Group.

Xiang Ligang, director-general of the Information Consumption Alliance, a telecom industry association, said Chinese investors are displaying growing enthusiasm for chip companies, as a globally competitive semiconductor industry is necessary for China amid the US government's efforts to curb the growth of Chinese technology enterprises.

Yao Jiayang, an analyst at market research company TrendForce, said Cambricon has ample room for growth due to its chips, intellectual properties and accelerator cards.

Many Chinese internet companies are network service providers which are eager to use AI to spur development. Compared with US AI chip giants such as Nvidia, Cambricon is a localized company that has some advantages. But the key is whether Cambricon can deepen partnerships with domestic clients to generate good enough market performances, Yao said.

Yang Lei, managing director of Northern Light Venture Capital, said earlier that Chinese companies are worried that the US government may further tighten restrictions on key semiconductor technologies, and such concerns have fueled the desire to invest in more local companies that work on mid-range and premier processors.

As Chinese makers of smartphones, personal computers and servers grow into major players in the global technology arena, they also recognize the need for localized or in-house chip suppliers to help them better differentiate their products, Yang said.

On Tuesday, SMIC shares fell by 0.68 percent to 78.63 yuan in Shanghai, but still higher than the IPO price of 27.46 yuan. SMIC raised 46.28 billion yuan by issuing 1.68 billion shares on Thursday in the Chinese mainland's biggest IPO in a decade since Agricultural Bank of China's 68.5 billion yuan public issue in 2010.

Zhou Zixue, chairman of SMIC, said the listing reflects the STAR Market's support for core technological innovations and the real economy, adding the company will further leverage the strength of the domestic capital market to accelerate innovation.

SMIC has successfully mass-produced a smartphone processor for Huawei with the 14-nanometer manufacturing process, marking a breakthrough in the mainland's push to boost its chip-making industry.

Ding Wenwu, president of China Integrated Circuit Industry Investment Fund Co Ltd, said earlier that money has been flowing into the chip design segment, which has a lower technological threshold and offers quick investment returns, but more efforts are needed to bankroll the chip material, equipment and manufacturing segments, which take a far longer time to recoup investment.

Experts also warned that money alone cannot ensure an industry's sustainable investment. Time, consistent input into research and development, and intensified efforts to cultivate chip talent are needed to put the domestic chip industry on the right growth track, and narrow its gap with the foreign semiconductor sector.

They also called for patience, and warned that any irrational mindset, or a hasty approach will only create chaos and harm the sector's healthy development.