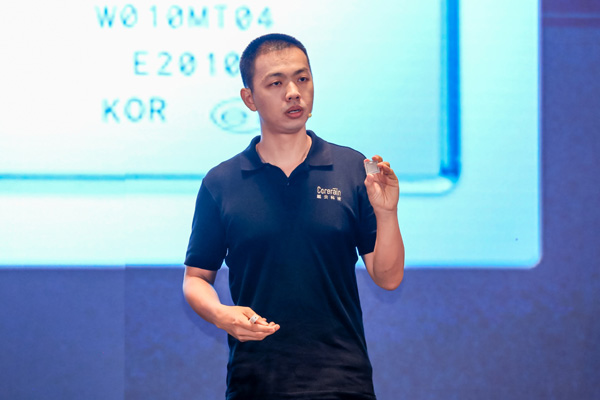 It claims the efficiency of the Custom Artificial Intelligence Streaming Architecture (CAISA) chip is 3.9 times that of the chipmaker heavyweight NVIDIA's T4 GPU, and its chip utilization ratio can achieve 95 percent, 11.6 times of the latter, according to a third-party tester.

Comparing the two products, Niu Xinyu, who founded the technology firm in 2016, said CAISA adopts a radically different approach where the computation order is determined by the data streaming network, instead of the instruction execution order, so that the idle time is substantially minimized by cutting the waiting time for instructions.

He believes it is a novel road toward the next generation of AI computing platforms and Corerain is in the lead.

More importantly, we are the first to achieve mass production of such AI chips, he highlighted, saying CAISA has been put into the markets of automatic driving, smart cities and intelligent manufacturing.

The startup also teamed up with the world's leading IT companies, such as Intel Corp, Inspur Group and Dell, for application development of the AI chip.