The science and technology sector, a powerful driving force for the innovative and integrated development of the Yangtze River Delta region, is speeding ahead as regional cooperation has been increasing. 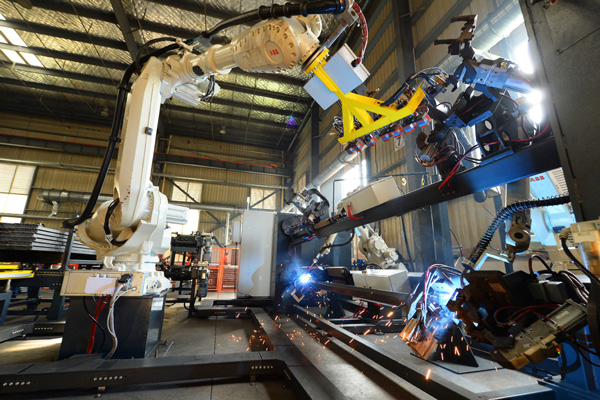 An overall plan to promote regional integration, which was decided at a meeting of the Political Bureau of the Communist Party of China Central Committee in May 2019, stated that the integrated development of the region will be bolstered with measures to advance innovation-driven development and upgrade industrial chains.

The delta region, including Shanghai municipality and neighboring parts of Jiangsu, Zhejiang and Anhui provinces, is among the areas with the most robust economic growth, the highest level of opening-up and the strongest innovative capacities in China. With the national strategy of integrated development, it is further expected to be a hotspot for China's innovations and home to several world-class industrial clusters, according to the plan.

Jiangsu Industrial Technology Research Institute, or JITRI, founded in the provincial capital Nanjing in 2013, has been more focused on the Yangtze River Delta region since it was announced by President Xi Jinping, who is also general secretary of the Communist Party of China Central Committee, in Shanghai in November 2018 that integrated development would be elevated to a national strategy, said Liu Qing, director of JITRI.

"The Yangtze River Delta region, with abundant scientific and technological resources, has always been one of the key areas that we rely on for further development," Liu said.

In 2014, the institute joined hands with the Shanghai Institute of Optics and Fine Mechanics and the Nanjing Economic and Technological Development Zone to build a research institute for laser technology.

The Institute of Advanced Laser Technology, a JITRI member, further developed the Shanghai institute's laser research findings and has successfully commercialized them via a company in Nanjing, which is now valued at more than 500 million yuan ($70.28 million).

Having benefited from close connections with areas in the Yangtze River Delta region, JITRI regards regional integration as a new opportunity.

"To help push forward with the integrated development of science and technology in the delta region has been our new mission," Liu said.

He said the institute has for years been working to explore effective attempts to transfer scientific and technological findings into realistic applications, and today they are eyeing the delta region to promote these attempts.

Zhuang Wei, deputy director of JITRI's domestic cooperation department, said the institute has established partnerships with a group of companies in Shanghai, Zhejiang and Anhui to help them upgrade production efficiency through intelligent transformation.

In 2019, the research institute cooperated with Wanxiang Group, an auto parts manufacturer based in Zhejiang, and used advanced technologies to improve the efficiency and precision of its production lines.

"Zhejiang has a prosperous private economy and there's a lot of space to apply our technologies in the transformation and upgrading of its traditional industries," Zhuang said.

At the end of 2019, the Yangtze Delta Research Institute of Advanced Materials, co-founded by JITRI and other research agencies and enterprises, was unveiled in Jiangsu's Suzhou, representing a further step by JITRI to form closer connections in the delta region.

Liu said in the future, the new institute will set up several research and development platforms across the region and introduce a group of professionals to help build a national innovation center with international clout for new materials.

"With the national strategy of integrated development of the Yangtze River Delta region, exchanges and cooperation will be more needed than ever," Liu said, calling for a systematic working mechanism to further boost science and technology in the region.