Japanese technology companies have reiterated their strong commitment to the world's second-largest economy and said the China market will continue to bring new business opportunities and promising prospects for foreign companies despite the challenges from the COVID-19 pandemic. 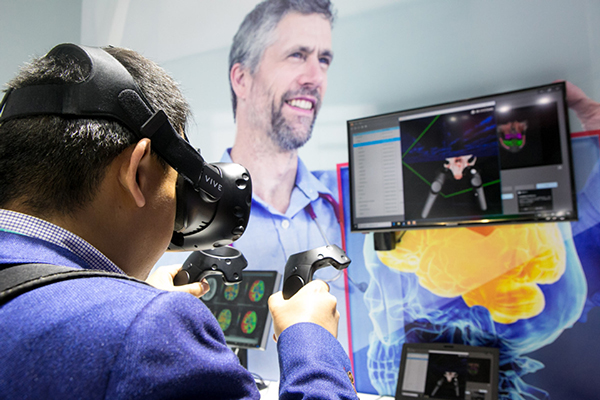 Howard Ozawa, president and chief executive officer of Canon China, said the importance and strategic position of the Chinese market for the company has not changed and said they will continue to introduce more advanced imaging products and technology, as well as step up efforts for localized innovation in research and development, production and sales.

"For foreign companies, China's sizable market and sustainable economic development have drawn great attention from investors. China is the world's second-largest economy, with a huge consumption market, owing to its more than 1.4 billion population and the reform and opening-up policy," said Ozawa.

According to him, along with rising disposable income and consumption upgrade, Chinese residents are increasing their spending on high-quality products. "Meanwhile, China is ramping up investment in new infrastructure such as 5G, industrial internet, artificial intelligence and big data, which will greatly boost the confidence of foreign companies, including Canon," he said.

Ozawa said as the world's largest manufacturing country, China has formed an independent and complete modern industrial system after decades of development, becoming the only country in the world with the entire manufacturing industry chain, which can not only reduce the procurement and supply costs of foreign companies, but also reduce the communication costs of both upstream and downstream enterprises.

He said the company has always attached huge importance to the Chinese market. "The epidemic has had an impact on Canon's business in China, especially the offline sales channels, logistics and supply chain." Canon's business has gradually been getting better as the contagion comes under increasing control in China, he said.

The implementation of the Foreign Investment Law in January this year will also help improve the business environment. Ozawa said the introduction of more policies will inject continuous impetus for the foreign enterprises in China and further boost confidence.

Canon is also keeping an eye on new changes in the Chinese market. Ozawa said the epidemic has led to a surge in demand for printers and network cameras, and the sales of medical equipment, such as computed tomography equipment, magnetic resonance imaging scan and ultrasonic equipment are also expected to witness robust growth.

Industry statistics showed the sales revenue of medical equipment in China amounted to 530.4 billion yuan ($75 billion) in 2018, an increase of 19.86 percent year-onyear. In 2020, the market size is expected to reach 760 billion yuan.

"Although China's economic development has been affected by the contagion, I still have confidence in the resilience of the Chinese economy," said Tetsuro Homma, Panasonic's chief executive officer for China and Northeast Asia, adding that China has made enormous efforts to contain the spread of the epidemic and shown support for businesses during tough times.

The company said in March it would build a plant to produce electronic materials needed for 5G-related products in Guangzhou, the capital of Guangdong province. The move is encouraged by China's measures to speed up new infrastructure construction and foster high-quality development.

He said after the pandemic, Chinese consumers will pay more attention to the health and quality of life, which is in line with the company's business strategy, adding Panasonic will continue to deepen China's market and launch healthy, safe and high-quality products and solutions.

Huo Jianguo, vice-chairman of Beijing-based China Society for World Trade Organization Studies, said China has its own competitive advantages in infrastructure, industry structure, complete industrial system and skilled labor force, which are the fundamental elements to prop up the global industrial chain.