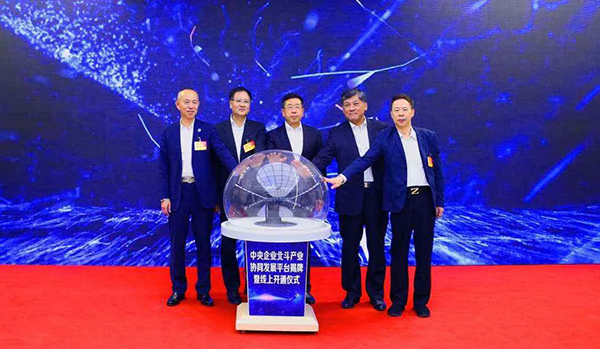 The move was supported by the State-owned Assets Supervision and Administration Commission of the State Council and the China Satellite Navigation Office, according to a statement published by China North Industries Group Corp, the country's biggest developer of land armaments and the first chair unit of the mechanism.

A total of 12 centrally-administered SOEs, such as the China Aerospace Science and Technology Corp, China Electronics Technology Group Corp, State Grid and China Railway Construction Corp, are founding members of the non-profit mechanism, the statement said.

It added that a founding ceremony was held in Beijing on Thursday, attended by representatives from the 12 companies and government departments.

Beidou is China's biggest space-based system and is one of the four global navigation networks, along with the United States' GPS, Russia's GLONASS and the European Union's Galileo.

Since 2000, when the first Beidou satellite entered orbit, 58 satellites, including four experimental ones, have been launched and some have retired. Beidou began providing positioning, navigation, timing and messaging services to civilian users in China and other parts of the Asia-Pacific region in December 2012. At the end of 2018, Beidou started to provide global services.

According to statistics from the Global Navigation Satellite System and Location-Based Services Association of China, Beidou has been used in dozens of business and public sectors in China, such as transportation, electric power, fishery, mining and agriculture, and dozens of millions of Beidou-based terminal devices have been sold and are in use.