Domestic mobile phone shipments in February reached 6.38 million units, dropping 56 percent from the previous year. The number of 5G phones shipped amounted to 2.38 million units, accounting for 37.3 percent of the total, according to the report released by the China Academy of Information and Communications Technology Monday. 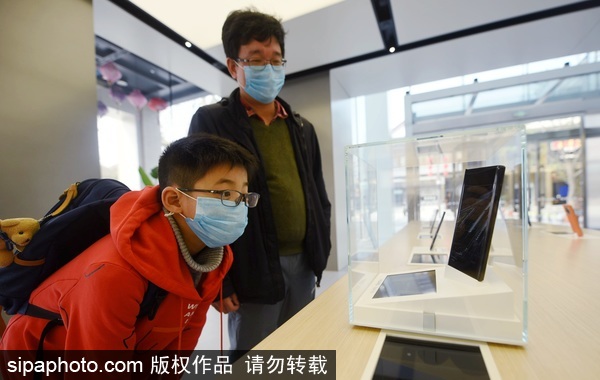 In the overall domestic mobile phone market, 16 new models were released in February, which fell 61 percent year-on-year, with four new models of 4G phones and 11 new models of 5G phones.

Among local brands, February saw the release of 10 new models, decreasing by 70.6 percent from a year earlier. Shipments of local brands reached 5.86 million units in February, with a decline of 55.3 percent year-on-year, accounting for 91.8 percent of the total domestic shipments.

According to CAICT, the overall mobile phone shipments in February witnessed a month-on-month decrease. In January, 20.81 million phones were shipped, with 4G units at about 15 million and 5G at 5.47 million, respectively.