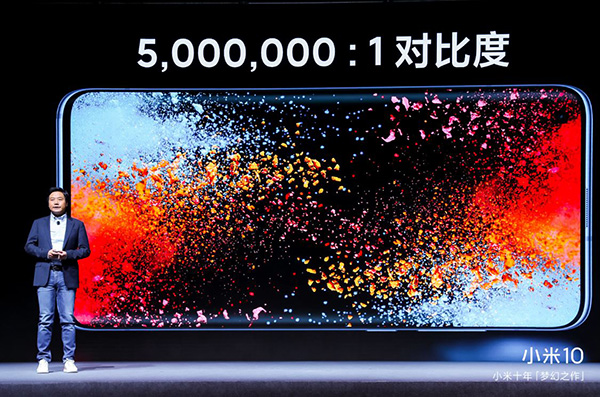 It is part of broader efforts by China's smartphone industry and the global electronics sector to join hands to maintain normal economic activity despite the temporary difficulties caused by the epidemic.

Wearing a mask, Xiaomi founder Lei Jun opened the event, which had no offline audience and was only livestreamed.

"This year, we will pour 10 billion yuan into R&D as we officially march into the premium segment," Lei said.

Dubbed by the founder as its first-ever attempt to dash into the high-end smartphone segment, Mi 10, priced from 3,999 yuan, will be equipped with the US chip giant Qualcomm's Snapdragon 865 platform and a highly sophisticated and cutting-edge camera.