Don't be surprised to get cold calls from your community to ask about your health condition during the epidemic, though the one on the other end of the line might not be a human being. 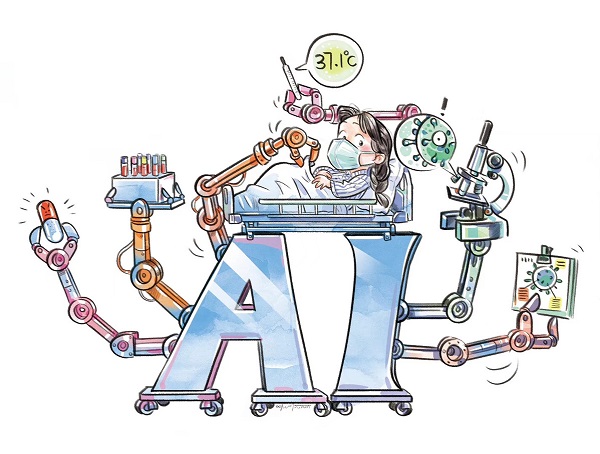 Many communities across China are using AI-backed smart outbound dialers to take the pulse of their residents' health and ferret out suspected infection cases.

China's fight against the novel coronavirus (COVID-19) outbreak is gaining traction with some promising signs, while challenges remain. Epidemic control of the country's vast networks of communities and villages stands to be an uphill last-mile task that entails smart aids.

"Worth over 1 billion yuan"

Community and village epidemic control is now high on governments' agendas due to the increasing people flow as more and more return to work after an extended holiday.

Nearly 4 million community workers are fighting on the front line of 650,000 urban and rural communities following the outbreak.

Community epidemic prevention and control is by no means easy: every community is guarded by an average of six community workers, each of whom serves 350 residents, according to Chen Yueliang, an official with the Ministry of Civil Affairs.

Several cities including Beijing and Guangzhou have ramped up community management, including compulsory temperature-taking to keep the virus at bay.

"The job is arduous," said Chen, who encouraged big tech firms to develop handy community management tools. "A good public service app might be worth over 1 billion yuan ($143.5 million) in terms of contribution to the anti-virus fight."

An army of smart community epidemic control apps have come to the aid of overstretched community workers and village officials.

Fintech giant JD Digits, the developer of some auto outbound dialers for epidemic control, is also sharing a smart mobile survey tool with communities to help them collect information in a safe and swift fashion.

In the countryside, some 590,000 people have followed a public WeChat account serving villages, which has released over 7,000 pieces of epidemic control information.

Loudspeakers are still widely used as a tool for notices in the rural area. Thanks to an app developed by China Telecom, village officials no longer have to go to the office to shout into a microphone as they can now broadcast the message by speaking into their smartphone.

The COVID-19 outbreak might push China's digital drive further from smart cities and governments to more concrete fields, said Li Yongjian, a researcher with the Chinese Academy of Social Sciences.

"As the internet goes deep into social governance and service, digitalization will take a big step forward," Li said.