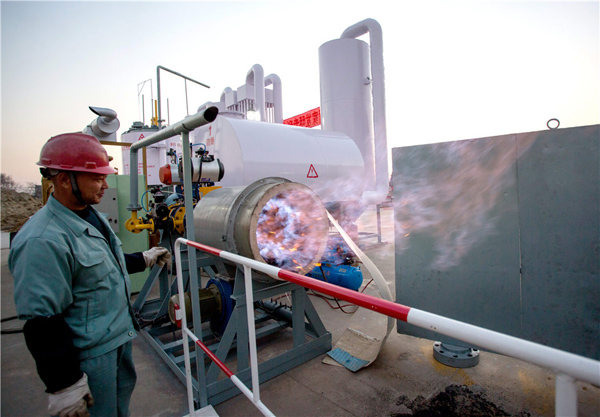 Profits were down 3.3 percent year on year, widening from a 2.1-percent decrease registered during the first 11 months of 2019.

Despite overall profit declines, there were still some bright spots, according to Zhu.

The high-tech manufacturing and emerging industries continued to expand steadily, with their profits rising 4.8 percent and 3 percent from a year earlier, respectively.

Thanks to the large-scale tax and fee cuts and other support policies, private and small companies enjoyed a better business environment. Their profits bucked the downward trend to expand 2.2 percent and 5 percent year on year, respectively.

Some 28 out of the 41 industrial sectors reported year-on-year profit growth last year.

Sectors such as building materials, pharmaceutical manufacturing and food manufacturing saw their profit growth ranging from 5 percent to 10 percent in 2019.