Huawei Technologies Co said on Tuesday that its annual revenue for 2019 is forecast to exceed 850 billion yuan ($122 billion), marking a year-on-year growth of 18 percent despite the US government "crackdown" on the Chinese tech major. 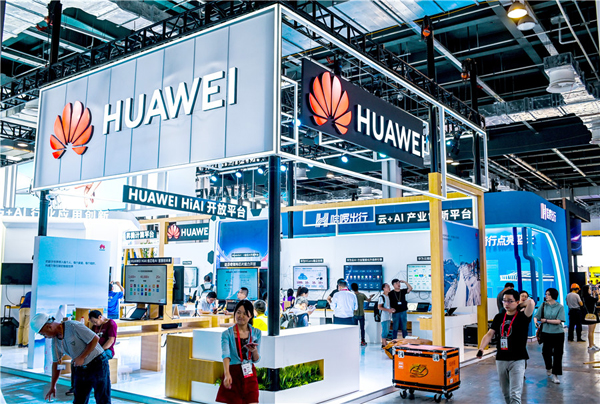 Xu Zhijun, rotating chairman of Huawei, said in a public letter that though the revenue growth did not meet the target Huawei set at the early of 2019, it reflected that "the company has managed to maintain a relatively stable operation amid the US government crackdown, and Huawei has basically withstood the test."

Xu said the company has shipped more than 240 million units of smartphones in 2019, also keeping a steady momentum.

He did not disclose the profit figures.

Looking ahead, the senior executive added that 2020 will be a difficult year for Huawei. The Chinese company will have to continue striving for survival as it remains at the US government's "Entity List", which bans Huawei from accessing any US technologies without special government approval.

Without the help of the rapid growth in the first half of 2019 and the market inertia in the second half of the year, Huawei has to rely on its own endeavor in 2020, Xu said.

"Apart from our own efforts, the only thing we can rely on is our customers and partners' trust and support. Survival is our first priority," Xu added.

According to him, the company will step up push to build an ecosystem to promote the sales of smartphones in overseas markets next year, and work hard to take advantage of the large-scale construction boom of 5G next year to grow its telecom equipment business.