Ask the silver-haired residents of the elderly care community Yinheyuan in central Beijing what they know about artificial intelligence (AI), and they will probably throw the question to the smart speakers within their reach. 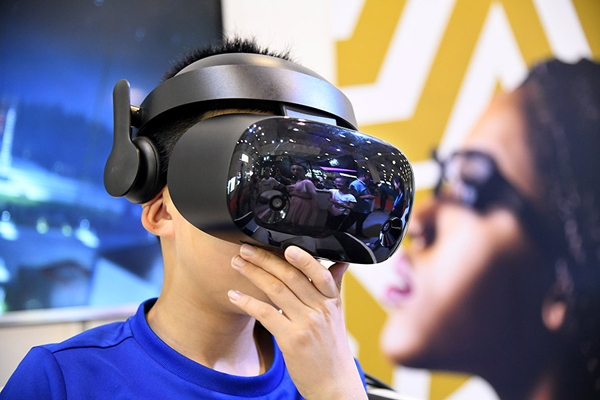 These smart speakers, capable of interacting with users with voice-recognition technologies, are also part of the answer. Via voice command, senior residents can control lights, TVs and other home appliances, order food or ask for help.

AI is no longer a technical term used exclusively by professionals in China. Both young and old are enjoying the benefits of the growing smart economy.

In the smart economy era, Li predicted a declining reliance on cellphones and a rising popularity of other smart devices. AI chips, cloud computing services, among others, would become the new digital infrastructure, while innovative businesses will flourish as transport, health, education and other sectors go smart.

Wearable devices, smart home appliances, autonomous driving and smart cities are among the fastest-growing fields in the smart economy.

China is the largest smart speaker market in the world, accounting for 36 percent of global shipments in the third quarter of 2019, according to global market firm Strategy Analytics. It found in a July and August survey that 63 percent of Chinese people without a smart speaker planned to buy one within the following year. Another 22 percent planned to make a purchase later on.

Chinese firms are stepping up investment in 5G, AI and the Internet of Things to gain a foothold in the emerging field. By end-June, China had over 1,200 AI-related enterprises, according to the Ministry of Industry and Information Technology.

Baidu launched its autonomous driving open platform Apollo in 2017 to coordinate cross-sector efforts in this field. It has launched several L4 autonomous driving vehicles in partnership with leading automobile companies, and a fleet of Apollo-powered robotaxis are now taking test runs in central China's Changsha.

Nurturing a smart economy is also on the government agenda. China has passed a guideline to boost the integration of AI and the real economy this year, and plans to build some 20 national AI innovative development pilot zones by 2023.

Lin said China would focus on 100 firms dedicated to AI technologies and relevant applications, improve the industrial ecosystem, facilitate the deep integration of AI and the real economy, and intensify its international collaboration on AI technology, standards, industries, laws and regulations and ethics.