Chinese internet search giant Baidu Inc is banking on online paid knowledge services and speeding up its layout in the video content sector in an attempt to entice a new breed of users and grab a bigger slice of the booming knowledge-sharing market. 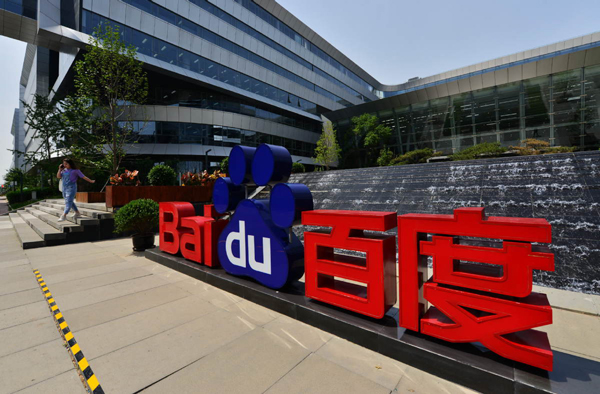 "Online users have an increasing demand for knowledge, as the average daily search volume for knowledge and content at Baidu's platforms has reached 1.54 billion, and people spent over 630 million minutes browsing content every day," said Ruan Yu, general manager of Baidu Knowledge.

Ruan said she is bullish about the prospects of online paid content and will give top priority to Baidu Wenku, which was launched in 2009 and serves as an online platform allowing online users to read, share, upload and download files, books and documents.

Baidu Wenku has announced plans to invest 500 million yuan ($71 million) in improving knowledge services and supporting premium content creators next year. The platform began to run the paid knowledge business in 2013 and has already obtained membership fees, she explained.

Ruan said they are doubling down on knowledge videos and high-quality content, and planning to incubate 10,000 video creators, buoyed by the knowledge consumption upgrade in the hope that vivid and interesting short videos could make it easier to obtain knowledge.

So far, Baidu's knowledge-sharing platforms own 220 million content creators, along with over 50,000 scholars and experts as well as 60,000 partners. Its knowledge and content products serve more than 230 million people every day. Market research and consulting group iResearch said China's online paid knowledge industry is expected to witness explosive growth in the next three years. Its revenue is expected to skyrocket to 23.5 billion yuan in 2020 from 4.91 billion yuan in 2017.

The Beijing-based tech heavyweight has showed its ambition to expand its presence in content. In August, it poured money into question-and-answer website Zhihu. The financing allows Baidu to add more than 100 million of Zhihu's Q&A posts to its mobile app and distribute the content to different users though the application of artificial intelligence technologies.

The company has also invested in NetEase Cloud Music, one of China's major music livestreaming services, and a series of video-sharing platforms such as Baidu Video, Qingting FM, Pear Video and Renren Video.

Baidu is engaged in a fierce battle with Beijing Bytedance Technology Co Ltd, which is moving beyond its core businesses in news and video and into workplace messaging and music streaming, entering a sector currently dominated by Baidu.

"At present, more and more white-collar workers, college students and other young groups pay more attention to personal development under the existing material conditions, so they have greater willingness to pay for an experience and accept such kind of consumption patterns," said Huang Guofeng, an analyst at Beijing-based internet consultancy Analysys.

Yu Bin, an independent commentator on the internet industry, said the knowledge-sharing industry should be focused on high-quality content and vertical industry, exploring more forward-looking knowledge to attract users.