Huawei Technologies secured an important vote of confidence in its chip research and development capabilities on Friday, with its self-developed artificial intelligence computing platform applied at a key research facility. 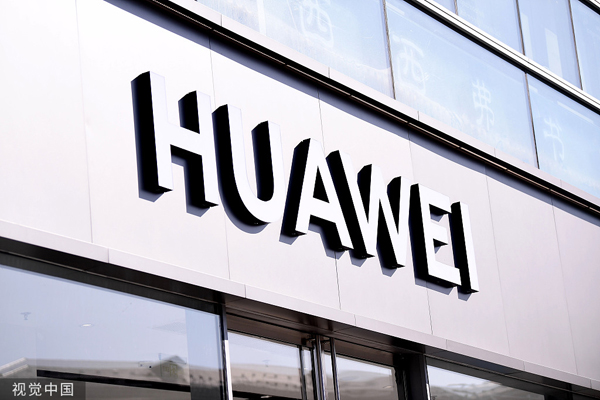 Atlas 900 is dubbed by Huawei as the world's fastest AI training cluster and its application in Peng Cheng Lab, Guangdong province, demonstrates the strides the company has made in AI chip R&D.

The move is also part of broader efforts by Chinese companies to reduce reliance on crucial United States' technologies.

Huawei and PCL on Friday announced the launch of an upgraded AI computing system — CloudBrain — an underlying architecture to support a wide range of applications such as smart healthcare, smart transportation and urban management.

"In the first stage, CloudBrain's computing ability will increase five times and it will be enhanced by another ten times next year," said Gao Wen, director of PCL.

Gao believes it will become the world's largest AI computing cluster by then.

Hou Jinlong, president of Cloud & AI Products & Services at Huawei, said, "We can provide an alternative computing system in the future other than current dominant x86-based processors."

The processors are developed by US tech giant Intel Corp which currently dominates the global market for server chips.

Huawei stressed that CloudBrain's hardware and software platform is open to all users while the company itself focuses on processors. In addition, the platform is cloud-based so it is open to global developers.

The platform is supported by Huawei's Ascend AI processors and the Kunpeng 920, Huawei's central processing unit. "Besides the platform, our AI computing processors have powered many applications in many industries, such as finance, smart city, electricity and transportation," Hou added.

Dai said it also effectively helps Huawei build its digital ecosystem around its AI chip hardware portfolio, which is critical to the localization strategy for customers in China to ensure long-term business continuity in the increasingly dynamic economic environment.

Many global chip providers are eyeing the booming AI computing market as market research company Gartner forecasts it will be worth more than $2 trillion by 2023.