Guidelines for pilot zone in Guangzhou give priority to investment research

A series of specific rules on implementation of blockchain technology have been announced in the Huangpu and Guangzhou Development District of Guangzhou, the capital of Guangdong province and China's leading software base as seen in its booming technology sector. 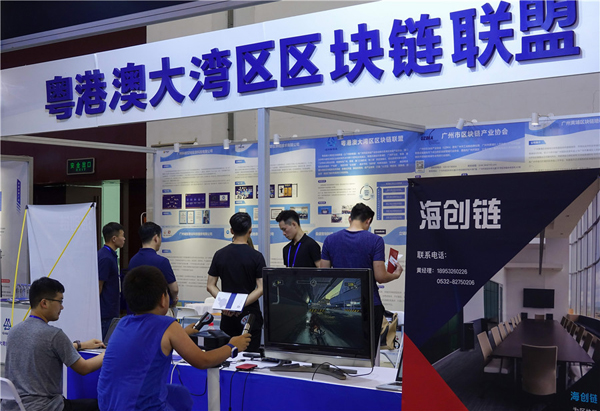 The 2.0 version of the rules, following the first version issued at the end of 2017, gives priority to investment research of core blockchain technology. It aims to provide safe, transparent and reliable technology support for the digital economy, sources with the local district government said.

The Huangpu and Guangzhou Development District has been named by the Ministry of Industry and Information Technology as China's leading software base for blockchain enterprises.

Specifically, the district will set up an industrial foundation of up to 1 billion yuan ($141.7 million) to create a blockchain network in the Guangdong-Hong Kong-Macao Greater Bay Area by offering public financial services to blockchain businesses.

Huangpu and Guangzhou Development District, in the eastern part of Guangzhou, currently has about 300 companies engaged in blockchain, a technology ledger system that uses sophisticated cryptographic techniques to create a permanent, unchangeable and transparent record in exchanges to track transactions.

"It is a time for booming development of the blockchain business," said Ren Hao, secretary general of the Guangzhou Blockchain Industrial Association, which was established in 2017.

To accelerate the development and application of blockchain techniques, the association has designed 10 application scenarios which include government service, manufacturing, property rights protection and e-commerce.

"As a new technology often used for data encryption and privacy protection, which is tamper-resistant and absolutely secure, blockchain will help optimize the business process, reduce costs for companies and increase efficiency of governance," said Ren.

The remarks by Ren came after the new technology was identified as a key driving force for economic development, the first time it had been endorsed by the country's top decision-makers.

In presiding over a group study session of the CPC Central Committee Political Bureau on the development and trend of blockchain technology last Thursday, Xi Jinping, general secretary of the Communist Party of China Central Committee, urged more efforts to quicken development in the sector.

The application of blockchain technology has been extended to sectors including digital finance, the internet of things, smart manufacturing, supply chain management and digital asset trading, Xi said.

Guangzhou Blackcore Blockchain Technology Co was given 1 million yuan as a reward by the district government in October for its fast growth in the past year.

"By using the booming technology in online games, we have optimized the relations between game developers and users and channel distributors as well," said Zhou Rongyi, co-founder of Guangzhou Blackcore Blockchain.

The company has reported sales revenue of more than 33 million yuan since it was established last April in the Huangpu and Guangzhou Development District.