Huawei Technologies Co is gaining momentum in its cloud services, with more presence in overseas markets and more domestic data centers in the pipeline. 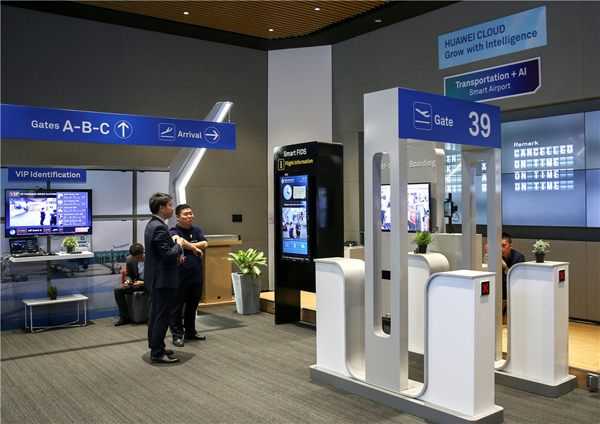 Zheng Yelai, president of Huawei's cloud business unit, said the company is considering its cloud services from a global perspective. So far, the company has the most complete layout in the Asia-Pacific region, including four availability zones in Singapore and two in Thailand.

According to him, Huawei CEO Ren Zhengfei positioned cloud services as the "root" for the world's largest telecom equipment maker and No 2 biggest smartphone vendor.

"We are offering clients Huawei's computing, storage and network capabilities through the form of cloud services," Zheng said.

Huawei Cloud said on Aug 28 that it started offering services in Chile, providing a full-stack cloud platform and a wide range of artificial intelligence services for Latin America.

The move came as Huawei has been serving Chile for 16 years and has earned the trust of customers, partners, institutions, universities, and governments in the country, the company said in a statement.

To meet the demands of the region's current and future digital applications, Huawei said its cloud services can deliver a domestic latency, or time lag of only 20 milliseconds in Chile, and a latency of 50ms for other Latin American countries.

In Europe, the Shenzhen-based company has also been partnering with local telecom carriers such as Orange SA to offer cloud services or build up their public cloud capabilities with the help of Huawei technology. In South Africa, it has deployed a regional data center in Johannesburg, from which its cloud services can cover neighboring countries and regions.

Zheng said earlier that Huawei Cloud's overseas performance is likely to exceed that of other Chinese cloud service providers by the end of this year.

The global public cloud market is expected to surge to $206.2 billion in 2019, rising 17 percent year-on-year from the expected $175.8 billion in 2018, market research company Gartner Inc said.

Huawei Cloud is also seeing strong growth in its home turf. About 30 of China's top 50 internet companies including Sina and Net-Ease, as well as top 10 domestic carmakers have all adopted its cloud services, Huawei said.

"We will soon build big internet data centers in Guizhou province and the Inner Mongolia autonomous region, laying down a sound infrastructure foundation for our businesses," Zheng added.

Charlie Dai, principal analyst at market research company Forrester, said in the global market, Huawei is strategically opening up new regions and cloud services, aiming to strike the right balance between its partnership with global telecommunication providers and its own cloud operations expansion.