The Chinese robot market has achieved a scale of $4.25 billion in the first half of 2019, introduced Huai Jinpeng, academician of the Chinese Academy of Sciences, on Tuesday during the 2019 World Robot Conference in Beijing. 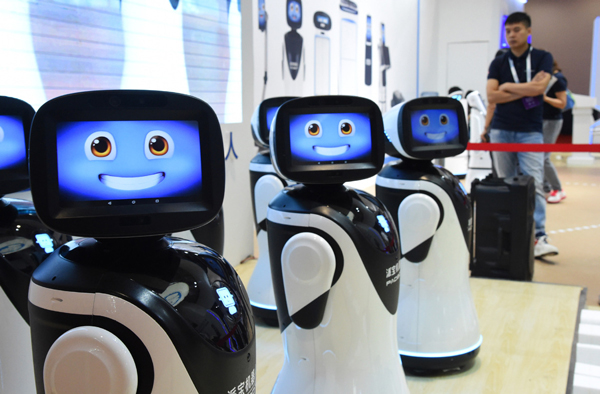 The scale of Chinese robot market will achieve $8.68 billion in 2019 with a $5.73-billion scale of industrial robot, $2.2 billion of service robots and $750 million of robots for special purposes, according to the Report on Chinese Robotic Industry Development 2019 newly-published at the conference.

As per the report, the Chinese market of service robots bears huge potential, and the application of robots for special purposes has also been expended significantly in China.

Statistics show the Chinese market scale of service robots in 2019 extended about 33.1 percent year-on-year, higher than the world's growth average. By 2021, as rapid development of robots designed for new application scenarios, including parking robots and supermarket robots, the service-robot market of China will hopefully approach $4 billion.

The report said the market of Chinese robots for special purposes enjoys fast growth and products of various models continue to emerge, thereby meeting demands in rescues during earthquakes, floods, mine accidents, fires and other public security incidents.

"China deems breaking through key technology as a significant strategy. So far, Chinese enterprises have solved some problems in key components," the report said.

However, "Bottlenecks in basic research and key technology are still not solved. A well foundation shall be built up so as to accumulate potential capacity in solving problems that 'clutch the throat'," Huai said.