Chinese telecommunications company Huawei says it is "proud to be helping Vodafone" as the United Kingdom mobile operator launches its first 5G networks across several British cities this week. 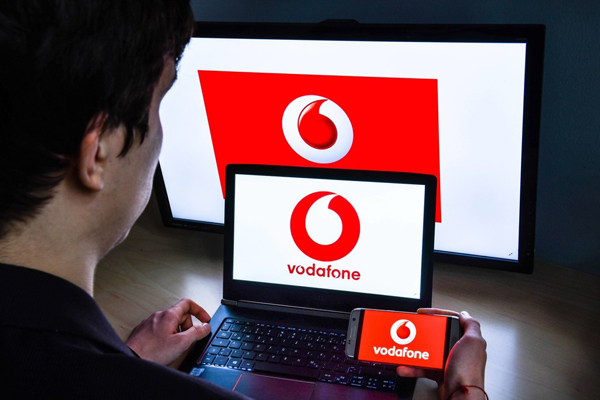 Vodafone confirmed it is maintaining the use of Huawei equipment in non-core parts of its network infrastructure for the 5G rollout, even though Huawei kit could soon be banned if the UK government joins a United States-led boycott of the Chinese company.

"We are proud to be helping Vodafone open up a new world of seamless opportunities with their launch of 5G mobile services in the UK," Victor Zhang, a senior vice-president at Huawei, told Xinhua. "This reinforces the UK as a 5G leader and builds on our 18-year history of supporting the digital economy here."

The UK government is mulling a full or partial restriction on Huawei equipment following pressure from US President Donald Trump's administration, which claims the Chinese telecom giant poses a cybersecurity threat.

UK mobile operators are waiting for the government to announce its decision on Huawei in a pending telecommunications supply chain review. In the meantime, both Vodafone and UK rival EE have forged ahead with 5G launches that keep Huawei kit in non-core areas of their networks.

Vodafone chief technical officer Scott Petty says the company hopes that the UK government stops short of a full ban and allows the use of Huawei technology in peripheral parts of the network.

The operator uses Huawei equipment in around 200 base stations in the UK, representing a third of the total. Petty says the company plans to install a further 500 stations during the next six months as it fleshes out its 5G infrastructure.

A full ban on Huawei would require the removal of equipment from existing base stations and delay the construction of planned builds.

"You're talking 50, 60, 70 million pounds ($88 million) to replace – and you replace those instead of doing 500 new ones," Petty told technology site ZDNet. "The other problem is, who would you use? We've always said we want a really healthy ecosystem where we can balance market share, and we've done that in the radio access network with Huawei and Ericsson."

5G will bring unprecedented speeds to internet users, with some operations running 10 times faster than on 4G networks. 5G is also expected to unlock potential in a host of new services, including artificial intelligence, robotics, self-driving cars, and the internet of things.

This latest generation of network technology is big business for operators and 5G could add an estimated 15.7 billion pounds to the UK economy per year by 2025, according to a report from Barclays.

But the specter of the boycott looms over Britain's tech industry, which would fall behind other major European markets without access to Huawei-the world's largest supplier of network equipment.

Tech consultancy Assembly Research estimates a full or partial ban on Huawei kit would result in an 18 to 24-month delay in the widespread availability of 5G in the UK, and cost the British economy between 4.5 billion and 6.8 billion pounds.